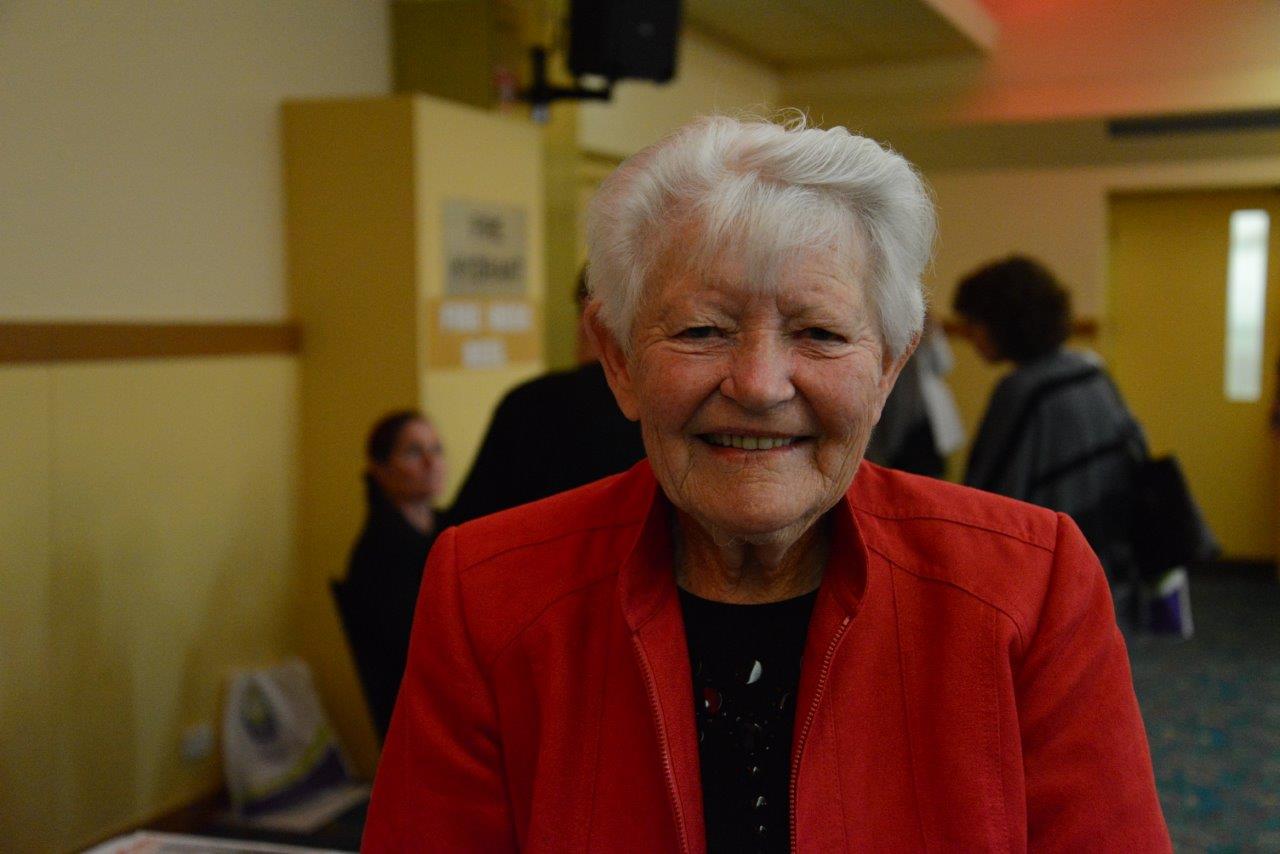 Val is 91 years old.  Earlier this year, she was awarded the City of Wollongong Senior Citizen of the Year for her volunteering with Parent and Citizen Associations, Eisteddfod, the Council On The Ageing, and Dementia Australia.

From Statistician to Dementia Volunteer

Val says she used to describe herself as a “retired mathematics teacher who had worked in many fields including economics, media and advertising”. Her late husband, Ian, was a retired manager and Fairfax journalist for Wollongong’s regional newspaper. However, in 2006, when Ian was diagnosed with Alzheimer’s Disease she says, “everything changed … I did a number of courses with Alzheimer’s NSW, became a volunteer with the organisation and a participant in dementia research programs.” This was not the first time Val had witnessed the “Alzheimer’s Journey”, with both brothers-in-law being diagnosed with the condition decades earlier.

Support for the Carer

When Ian moved into residential aged care in 2010, Val became more aware of the needs of carers. “I initiated the inaugural Illawarra Dementia Forum and formed a local Dementia Carers’ Support Group – both of which are still in operation”, she explains. The support group has formed an alliance with the University of Wollongong, and the members regularly participate in focus groups for dementia research.

On a personal level, Val is a current participant in the COGSCAN project at UNSW, comparing the performance of four prominent computerised cognitive assessment tools, as well as being involved in a project with NeuRA on hearing and dementia. Both projects came about from her registration with StepUp. Val registered with StepUp at the NNIDR Australian Dementia Forum in Hobart last year. “I consider continued research as necessary if we are to improve the quality of life of people with dementia and their carers”, she says.