Why do we need StepUp for Dementia Research? Dennis’s story

In 2017 I participated in the 32nd International Conference of Alzheimer’s Disease International in Kyoto, Japan. There, I heard a presentation on Join Dementia Research, a UK’s national service which allows the public to easily take part in research opportunities and assists researchers to effectively manage their recruitment effort. Despite the difference between the UK and Australian health systems, the approach they outlined seemed like a very practical way to overcome many of the hurdles we face as people living with dementia to participate and get involved in research.

Interestingly, this project contrasted starkly with presentations on the importance of ‘Big Data’. This view submitted that data was more valuable than the individual and could be taken with or without their consent. In contrast, the approach of “Join Dementia Research”, was informative, welcoming, and designed to facilitate public involvement in research.

Several weeks later and back at home I was contacted by Professor Yun-Hee Jeon from the University of Sydney about being involved in setting up a similar program in Australia. Fortuitously her invitation coincided with a visit to the Brain and Mind Centre located in the next building to Yun-Hee. So  I have been dynamically contributing to this project, now known as “StepUp for Dementia Research” from the beginning.

Since my diagnosis in 2013 I have been actively involved in dementia related research. The challenge for me was always making the initial connection to find research projects that were relevant and available to me. This was done in three ways.

Firstly, by a central website hosted by then Alzheimer’s Australia (now Dementia Australia). Here many projects are listed along with criteria for involvement. Since this site is updated frequently, I needed to log on regularly – say every month to read through the list of projects to see if any new ones had been added and to check the criteria to see if I matched to them. Then, I had to contact the project researchers to express my interest. The difficulty for me and others was having to regularly repeat this process frequently with the challenge of dementia.

The second and most successful method was via existing involvement in projects. Often researchers would ‘actively’ inform/recruit for their colleagues involved with other or new projects. While successful this was limited by the methods of the initial projects.

The third method was by good old word of mouth. Friends involved in projects often pass on information. However, often this information already duplicated what I was already aware of.

That was all the pre-launch of ‘StepUp for Dementia Research’. Having registered on that site my details are available for any qualifying project. Now they match me and other potential participants by searching specific criteria relevant to their project. Then having made the match I am contacted directly to see if I am interested in research participation. Under this system I do not have to be constantly searching for potential projects to be involved with, as they come to me. Life is certainly much easier.

Since I first registered with StepUp for Dementia Research I estimate that my participation in research has doubled. Even during COVID times it has been relatively easy to be matched for ‘tele’ studies that require no physical contact to initiate involvement. 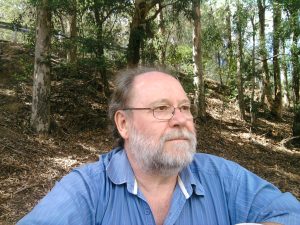 Dennis is the Co Chair of StepUp for Dementia Research Public Involvement Panel.