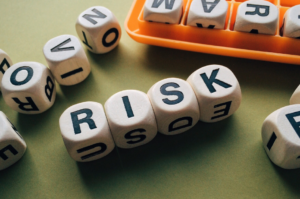 Women who have taken hormone replacement therapy for menopausal symptoms may be reassured by findings from a large study reporting no overall increased risk of dementia[1].

Hormone replacement therapy, or HRT, is used to relieve symptoms of the menopause such as hot flushes, night sweats, and mood swings. It works by replacing the hormones which are lower among women during the menopausal period. Treatments include tablets, patches, or creams, containing oestrogen only or a combination of oestrogen and progestogen.

A handful of studies have linked HRT to a reduced risk of dementia; while others have suggested that HRT could increase risk of the condition. To address this uncertainty, UK-based researchers investigated the risks of developing dementia for women using any forms of HRT prescribed within the National Health Service.

What did the researchers do?

The investigators used data from two of the largest care databases in the UK. They analysed the prescriptions for 118,501 women aged 55 years and older who were diagnosed with dementia between 1998 and 2020; and 497,416 “control” women matched by age and general practice but with no history of dementia. Information from prescriptions issued more than three years before the dementia diagnosis included HRT type, dose, and method of administration. Other relevant factors, such as family history, smoking, alcohol consumption, pre-existing conditions, and some other medications, were also examined.

What did the researchers find?

Overall, 16,291 dementia patients (14%) and 68,726 controls (14%) had used HRT up to three years previously. Overall, no increased risks of developing dementia associated with menopausal hormone therapy were seen. This was consistent across type of treatment and duration, age categories, and times of therapy initiation – and after adjusting for the range of potentially confounding factors. However, the study did find associations with a slightly increased risk of developing Alzheimer’s disease among women who had used oestrogen-progestogen therapies for more than five years.

What does this mean?

The study was observational, so we cannot be certain about a causal link. The researchers also acknowledged some limitations, such as incomplete recording of potential other confounders, such as menopausal symptoms or mental health. However, the study provides the most detailed estimates of risk for individual menopausal hormone treatments to date. Moreover, the results are in line with existing concerns about long-term exposures to combined hormone therapy treatments more generally, such as in relation to breast cancer. The findings will hopefully be helpful to patients, doctors and policy makers making choices about hormone therapy.